Learn our story, from the beginning and into the future.

“Northland Cooperative Burial Association” was established on April 24, 1936. Twenty one area cooperatives were involved in the initial start up of the funeral home. The first board of directors meeting was held on May 19, 1936. The purpose of this meeting was to discuss and approve the Articles of Incorporation and By Laws. Discussion was also held on collecting membership fees and donations.

The second meeting of the board of directors was held on August 4, 1936 to review the applications for the funeral director position. There were four applicants for the job: Carl Olund of Duluth, E.J. Costello of Iron River, WI, A.V. Olson of St. Paul and C.A. Anderson of New York Mills. Of the four applicants, Mr. Carl Olund of Duluth was offered the job. Starting salary was $40.00 per week.

The next item was to find a location for the new funeral home. The board inspected properties owned by Fred Giesler, Dan McGilvary and Frank Yetka. They purchased the property and building owned by Frank Yetka on Cloquet Avenue and 13th St. for $4500.00 and the building was renovated.

In September of 1937 the board of directors met with the owners of the Berg Funeral Home in Moose Lake. Northland Cooperative Mortuary purchased the Berg Funeral Home, the equipment, inventory and hearse for $1025.00, paying $100.00 down payment with the balance due in one year. The rate of interest was 3%. The building was then rented out for $15.00 per month.

Rudolph Beltt was hired to replace Carl Olund in 1940.  In 1941 he married his wife, Elsie. Even though Elsie was never an official employee of Northland Mortuary, she was often the person who was expected to be available to answer the telephone when Rudy  was unavailable or otherwise occupied.  A second funeral director by the name of John Delling was hired to help Rudy.  He was seriously injured in an automobile accident in the early 1950's and left funeral service.  In 1958 Milton Chabot was hired.  Rudy left Northland Mortuary in 1968 after 28 years of service.

In 1980 Northland Funeral Home purchased real estate in Tamarack and operated a funeral home there until 1992.

Milt Chabot's untimely death in 1982 left an opening that was soon filled by Jeff Borgos.  Jeff continued working for Northland Funeral Home until 1993 at which time Bob Atkins was hired and a year later was joined by his wife, Karen.

In June of 1991 land was purchased on 14th Street for the future site of a new funeral home. The site was the former Matlock farm. Northland Funeral Home continued to rent from Trico until April 15, 1995 at which time the funeral home moved to its new location at 801 14th St.

Northland Funeral Home continued to operate as a cooperative funeral home until January 1, 2009 when it was sold to the current funeral directors, Bob and Karen Atkins. The name has been changed to reflect the change in ownership. The new name is Atkins-Northland Funeral Home and Cremation Service.

Atkins-Northland Funeral Home and Cremation Service was established years ago, and serving families has always been our focus. We take pride in being able to guide people through some of their most difficult days.  Celebrating life is our mission. That’s never changed. And with pride, it never will.

Meet our staff. Members of the local community make everything that happens possible.
Together, we make this place amazing. 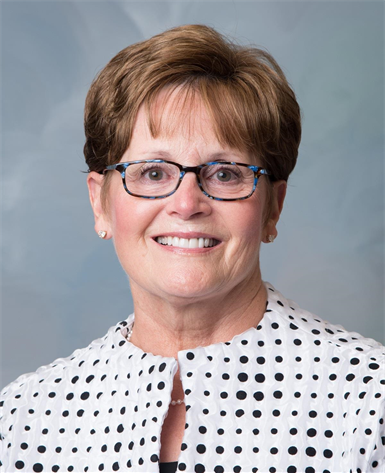 Karen, a native of southwestern Kansas, is a graduate of the University of Oklahoma with a degree in Political Science Pre-Law and also a graduate of the University of Minnesota with a bachelor's degree in Mortuary Science. She has been involved in funeral service since 1988 in both Oklahoma City and Denver. In addition to her responsibilities as a funeral director, Karen coordinates many of the after-care programs at the funeral home. She enjoys being a volunteer harpist at area hospices, nursing homes and churches. In her spare time, she enjoys spending time with her puppies, reading, needlework, and traveling. 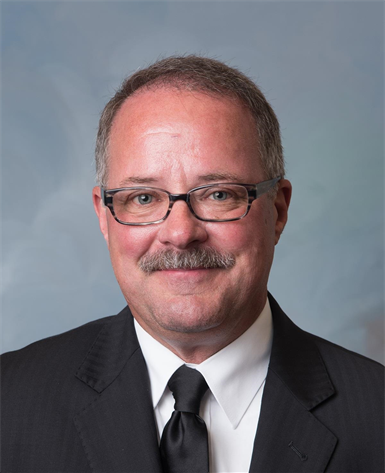 Bob is a 1987 Graduate of the University of Minnesota with a bachelor's degree in Mortuary Science. A Wisconsin native, Bob has worked as a funeral director in Denver, Minneapolis and St. Paul prior to coming to Cloquet. He is active in the community and has served on the Board for Friends of Animals Humane Society for the past 19 years, but has just recently retired for the Board. Bob is also a Wisconsin licensed funeral director. Bob also enjoys his four legged kids, golfing, and traveling. 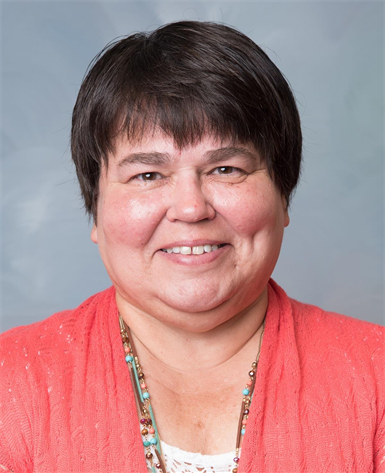 Sheila grew up in Cloquet and graduated from Cloquet High School. She currently lives in Esko and is married to Mark. They have one son, Paul, who is married to Eva. Sheila has worked as a geologist in the Barnum area and then went on to work at Potlatch in the Research and Development Department for 19 years until Sappi purchased Potlatch and closed Research and Development. Sheila has worked at Atkins Northland Funeral Home since 2005 and finds it very rewarding helping families through this difficult experience. 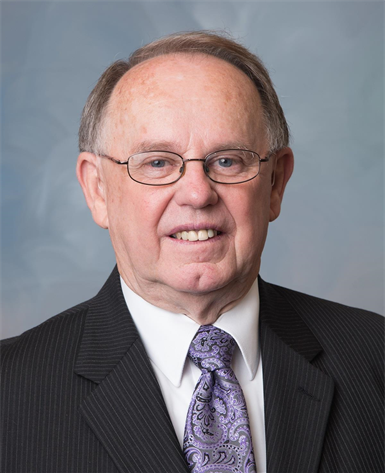 Phill grew up in Marion, Ohio and after high school he joined the Air Force. He was assigned to Duluth for the next four years. After the service and while attending UMD, he met and married Charlotte Hill. After graduating from UMD, Phill worked as a probation officer for 30 years. During that time he also served 18 years in the Minnesota Air National Guard. He has lived in Esko since 1974 and he and Charlotte raised their two children, Scott and Christina there. After the passing of Charlotte in 2006, Phill started working at the Atkins Northland Funeral Home. In 2009 he married Linda Levar. Phill has always been active in the Esko community, serving his church, the Esko School Board, the Esko Education Foundation Board, and teaching martial arts, just to name a few. 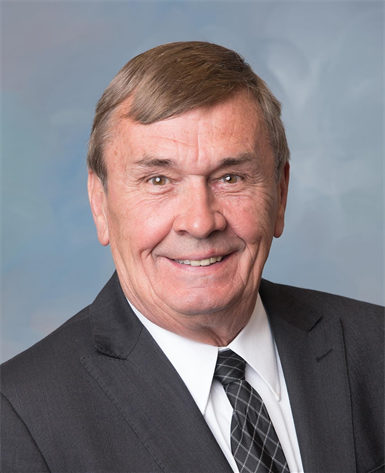 Gary retired from his job as Maintenance Supervisor for US Bank after working there for 25 years. He also served in the Air National Guard for 30 years. He is married to Patrice and they live in Cloquet. His hobbies include golfing, gardening and traveling. Gary has been with Atkins Northland Funeral Home since 2013. 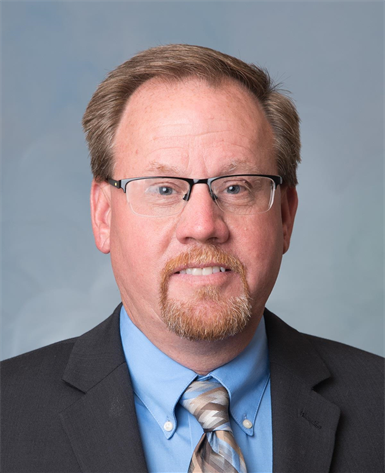 Ron lives in Cloquet and is married to Sue. He retired from the postal service in May of 2014 after working there 34 years. He is also a former member of the Air National Guard. He enjoys open water and ice fishing, golfing, camping, deer hunting and traveling. He has worked for Atkins Northland Funeral Home since 2015 and says it is has been a very rewarding experience and hopes his care and compassion for each family we serve helps in their time of grief. 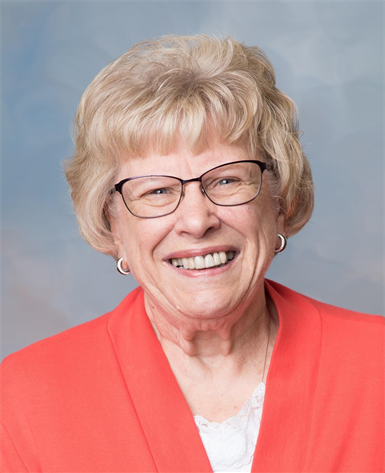 Emily has been a Cloquet resident since 1970, coming from the Twin Cities but is a native of North Dakota. She retired from Queen of Peace Catholic Church in 2000 where she worked as the office manager and bookkeeper. Emily is married to Arlin Debele and they have three children and eight grandchildren. She has worked at Atkins Northland Funeral Home since 2001. 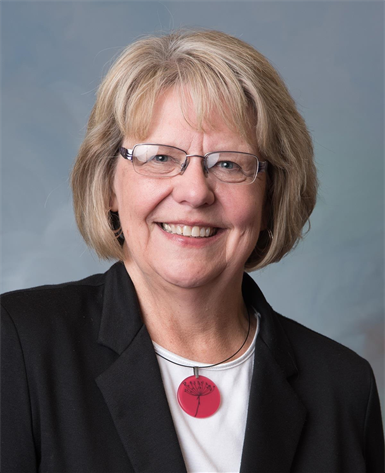 Judy is married to Ray and together they have one daughter, Stacey. Judy worked as an LPN at Miller Dwan Burn/ICU Unit for 41 years, retiring in 2008 and soon thereafter joined the staff at Atkins Northland Funeral Home. She is active in Our Savior's Lutheran Church where she has been a member since 1976. Judy and Ray enjoy their country life on 40 acres west of Cloquet. They have a rescue cat named Missy and several deer that visit daily. Judy enjoys her time outside with her flower gardens, walking on their trails in the woods and time with friends. In the winter she enjoys reading. 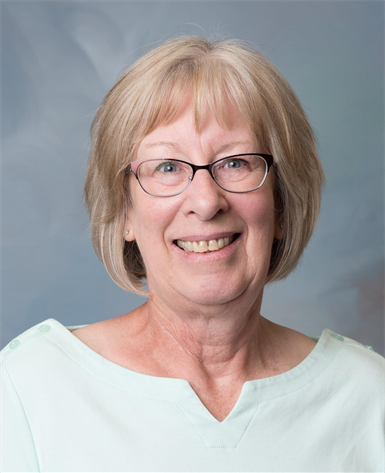 Debby has been a Cloquet resident since 1982 where she and her husband, Wayne raised two children. She is active in St. Paul's Lutheran Church and loves to read, knit and crochet. Debby has been with Atkins Northland Funeral Home since 2015.

Find everything you need.

See where we are located.